A new National Wildlife Federation report in the U.S. is calling on lawmakers to step up water protection against contamination from the large group of toxic synthetic chemicals known as Per- and Polyfluoroalkyl Substances, or PFAS, in use since the 1950s in industry and consumer products like water, stain, or oil-repellent coatings and firefighting foams.

The new report, “The Science and Policy of PFASs in the Great Lakes Region: A Roadmap for Local, State and Federal Action,” chronicles how elevated PFAS in wildlife can lead to developmental and reproductive problems and encourages lawmakers to invest in the modernization of wastewater and drinking water infrastructure to prevent PFAS contamination and fund the remediation of polluted sites.

PFAS may be most widely known for their impact on Michigan, where there are an estimated 11,000 sites linked to the chemicals. In just one instance, there are abnormally high levels of PFAS attributed to Scotchgard that had been dumped decades ago by the footwear company Wolverine Worldwide after they were used to treat shoe leather.

Industrial legacy is one of the primary issues at play for PFAS. At a spill site, PFAS are more likely to be transported in soil and groundwater, rather than bind quickly and be retained by soil particles, as would be the case with chemicals such as PCBs, the report states. This makes containment and cleanup a much more challenging and difficult task due to their decades of use.

“In the Senate, I am continuing to work on advancing efforts to prevent exposure to hazardous PFAS chemicals and expedite clean up and assistance for affected communities,” announced U.S. Senator Gary Peters, as quoted in the report. “I applaud the National Wildlife Federation for examining how PFAS affects the Great Lakes Region and identifying ways to address this contamination,” he added.

Recognition of PFAS persistence in the environment and potential to impact human health led to new guidelines and Maximum Acceptable Concentration levels set by Health Canada in December 2018 for both PFOS (0.6 micrograms per litre) and PFOA (0.2 micrograms per litre).

“Scientific information is limited on the majority of PFAS,” Health Canada states. “The drinking water screening values for most other PFAS were developed using perfluorooctane sulfonate (PFOS) and perfluorooctanoic acid (PFOA) as surrogates, whereas they are expected to be less toxic because of their chemical structure.”

In December 2016, Canada put in place regulations banning the use, import, manufacture or sale of PFAS or products that contain them, but with a substantial list of exemptions, including products such as baby bibs and blankets, sportswear and outdoor clothing.

In March 2016, CBC reported on PFAS in well water in Mississippi Mills, Ontario, and they have also been found in and around a military base in North Bay in 2018. 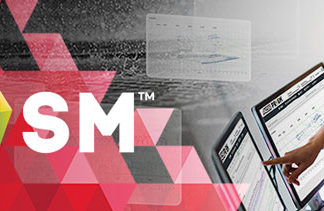