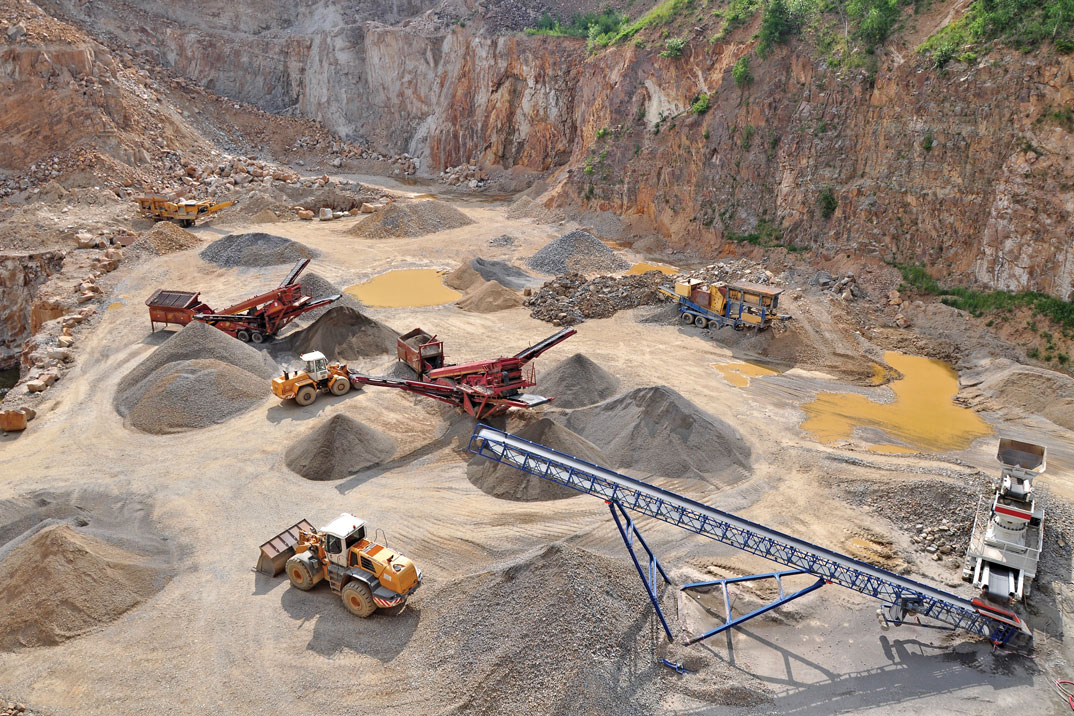 By Kimberly Logan and Erin Donker

As aggregate operations expand to meet increased development demands, extraction of significant volumes of groundwater is commonly required. Due to the intrusive nature of dewatering, direct environmental impacts within the immediate area of influence can be expected.

Dewatering creates an excess amount of groundwater at the surface, which requires management either through surface flow and infiltration, or recirculation and pumping back as groundwater. Extraction of groundwater within the vicinity of wetlands may impact the natural system through temperature fluctuations and quantity and source changes. In a system that contains groundwater inputs, the areal extent and influence of the cone of depression needs to be considered in relation to the location of any nearby wetlands.

If extracted groundwater is to be altered to surface flow and expected to infiltrate back as groundwater, the location of nearby wetlands needs to be considered based on potential for increased surface water inputs. This alteration of wetland inputs and flow regimes is important in determining any potential for long-term changes to the wetland ecosystem, including a loss of species richness and diversity. Additionally, a loss of groundwater input can contribute to thermal impacts and changes in water quality.

Due to the beneficial functions of wetland ecosystems, including flood control, filtration of sediment and toxins, and wildlife habitat, their conservation should be considered when designing aggregate management plans. A proactive approach to ongoing control of activities such as dewatering will minimize overall negative impacts to natural features.

In obtaining a permit to take water, a suitable monitoring plan to limit the measures needed for reclamation can allow for time-scale issues and species specific variables. Continual monitoring of potentially affected natural features throughout the dewatering is crucial to allow for the identification of adverse impacts. Parameters that can be used to monitor the impacts of fluctuating water levels in wetlands from extracted water inputs include floristic quality assessment (FQA) and water quality and quantity measures.

Vegetation based indices for long-term monitoring

Monitoring of plant communities can assist in the identification of changing ecological conditions and health of a wetland ecosystem. Due to the sedentary nature of vegetation species and their often fairly specific habitat requirements, the classification of plant communities can prove useful in indicating long-term changes in ecosystem health and/or function in response to aggregate dewatering activities.

The use of standardized classification systems such as the FQA can support long-term monitoring activities as they allow for the comparison of vegetation communities over time at the same site, between different locales, or between communities of similar types.

The FQA system assigns conservation and wetness index values to plant species. The conservation index (C) assigns values, between 0 and 10, to a species to indicate their degree of tolerance to habitat disturbance. The wetness index (W) assigns a value between -5 and +5 to a species to indicate the probability that this species will occur in natural wetland conditions. Lower W values indicate higher requirements for wetland conditions.

By averaging these FQA values of species across a community (i.e., girds, plots, transects) conclusions can be made regarding the general degree of naturalness and floristic integrity and wetness preferences of an area.

A dramatic decrease in W values over time may indicate that the community is becoming much wetter, and is being inhabited by more obligate wetland species. Although this result may be seen as positive from a wetland conservation point of view, it may alternatively suggest the loss of less flood-tolerant species that may provide critical functions for the overall wetland system.

Similarly, plant indices have also been developed for use in the general Great Lakes region, using data from coastal wetlands. These were developed through the incorporation of collected baseline abiotic and biotic information, and identification of main degradation sources in the region. Main stress sources are reported as including alterations to flow regimes and degradation of water quality parameters. The use of wetland plant indices is recognized as being useful in tracking such stressors and their impacts on natural wetland features. 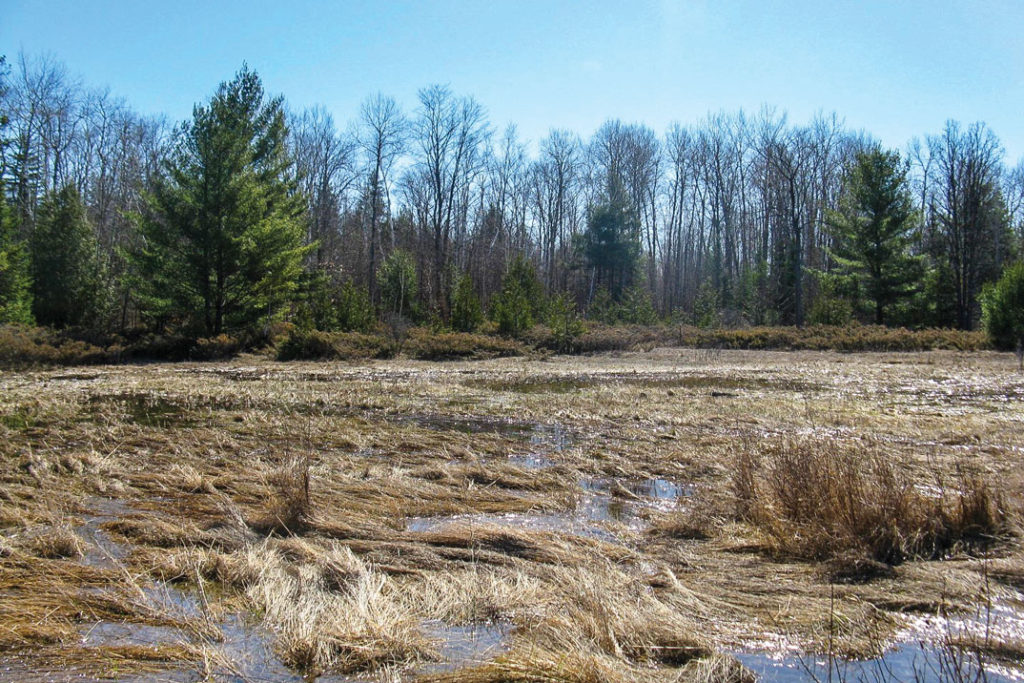 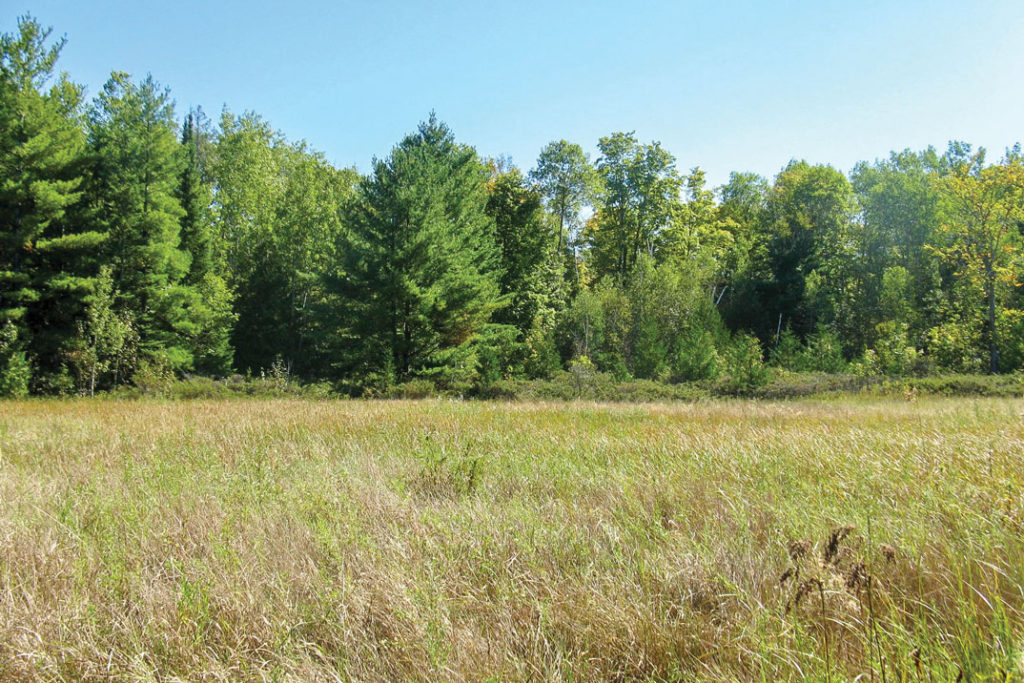 Alterations in typical levels of salinity, turbidity or sedimentation, nutrients and pesticide and heavy metals contamination may have impacts on the actual composition of plant species associated with an aquatic system. Alterations in such parameters can occur in a wetland as a result of water inputs from adjacent dewatering activities. The use of vascular plants as indicators of changes in various water quality parameters has been documented for habitats such as prairie wetlands. Such changes can be tracked and, in addition to FQA-related information, conclusions regarding the overall ecological condition of a wetland system can be inferred. These parameters can all play a role in the overall temperature, pH, conductivity, and dissolved oxygen within a system.

The use of road salts is likely the most commonly considered cause of salinity level increases in nearby surface water features. However, within an area of aggregate resources, salinity can increase through natural sources such as the rock-water interaction and background levels. If during aggregate dewatering activities, groundwater from an aquifer is brought to the surface and discharged into a nearby wetland, changes in normal levels of water quality parameters such as salinity within the receiving feature can occur.

An increase in salinity within a wetland due to natural source inputs of groundwater can occur if appropriate components such as brine are present.

Fish and invertebrates in freshwater systems typically have a narrow range of tolerance to salinity changes, and therefore increases in salinity can be detrimental to their survival. Similarly, plants have varying tolerance levels to salt-impacted soils and substrates. Changes in environmental salinity to levels outside of a species’ optimal “salt tolerance” range can result in identifiable changes in the resident plants found in a wetland.

For instance, an increase in salinity has been found to reduce new seed germination rates of high salt intolerant plants by altering their osmotic activities and preventing the transport of water and nutrients into their root systems. As a result, the plant community can experience a decrease in the number of species in it, with an expected decline in salt-intolerant species.

Turbidity levels within an aquatic system can also increase as a result of heightened flow and sediment input rates, and flooding. This impacts the amount of light which can penetrate a surface water feature. The addition of water inputs may shift the vegetation species composition to a more emergent or floating-leaved based community.

Increased turbidity can change the water quality by increasing temperature and reducing dissolved oxygen levels. This can alter the composition of wildlife species. Turbidity can also impact the physiological processes of aquatic organisms through particles lodging in and clogging gills, settling of particles over substrate smothering eggs and larvae, etc.

An increase in nutrient loads in a wetland system as a result of inputs of high-nutrient containing water can cause a decline in submerged plants and an increase in the emergent and floating-leaved species within a community. If enrichment is severe, the overall richness in emergents may actually decline. More aggressive emergent wetland plants (cattails and Phragmites australis) may increase in biomass and areal coverage.

There is little risk associated with nutrient loading as a result of aggregate extraction and dewatering. Increased nutrients within a wetland system are more likely to arise from anthropogenic sources, including sewage and agriculture. However, where an aggregate operation is separated from a wetland by anthropogenic influences, increased overland flow from dewatering may flush larger nutrient loads into a receiving wetland.

Changes in typical wetland temperatures can also occur as a result of increased water inputs. An increase in turbidity increases the absorption of heat by the particles within the water column. Increases in temperature may also occur through the addition of water containing inorganic dissolved solids which increase conductivity levels of the water and create warmer temperatures.

Such rises in water temperature can be minor or drastic, but both can have detrimental effects on resident plant and wildlife species, depending on their tolerable temperature regime ranges. Temperature increases can also cause declines in levels of dissolved oxygen, which can influence normal rates of photosynthesis in aquatic plants and metabolism in animals.

In aggregate operations there is a risk of changes to pH in a receiving wetland, depending on the bedrock source of the dewatered inputs and how the extracted groundwater is managed. An increase in sediment load can also affect the pH. A change outside of the ideal range of pH 6.5 to 8.0 can cause stress on reproductive functions, and lower pH can allow toxins to become more mobile and available for uptake by aquatic organisms.

The ability to monitor impacts to the natural environment in response to intrusive anthropogenic activities, such as aggregate extraction, is crucial to effective resource management. The incorporation of standardized methodologies (such as the FQA and water quality measurements) into monitoring plans can not only help to ensure rehabilitation plans and restoration efforts are effective in restoring function to the surrounding landscape, but will allow for replication and comparison between sites.