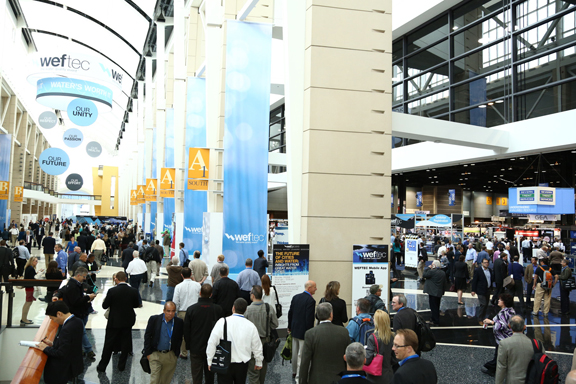 Traditionally, most water and wastewater associations have been blessed with an abundance of volunteers. Cheerfully, they helped select seminar and conference locations, develop technical and social programs, chair sessions, organize tradeshows, liaise with government, etc. They and their employers recognized that such contributions to the associations were a vital part of networking, professional development and personal growth. For years, this pool of volunteers meant associations could offer minimal membership and conference registration fees.

When I was president of the Water Environment Association of Ontario (WEAO) in 1995, over 10 per cent of the members volunteered in some capacity. In recent years, however, the changing business climate has meant the supply of volunteer labour has dried up considerably. This has forced many associations to increasingly hire paid professional staff members, to undertake the day-to-day operations. Others have also had to retain professional show management companies to facilitate their events.

At the same time, as part of cost control, some managers in the consulting and government sectors, are choosing not to send staff to association events, or even support their membership. This trend has helped stifle association membership growth and often curtailed attendance at association events.

While at this year’s WEAO conference, I spoke to several consulting engineers and municipal plant operators, who said they could only attend because the event offered free tradeshow admission and because they took vacation time.

For many consulting engineers I spoke to, the barrier to getting manager approval to attend is more than the event registration fee. Unless they go on their own time, attending cuts “billable hours” they generate for their firm. I postulated that perhaps it’s also because they don’t want to invest too heavily in a staffer’s professional development as the duration of employment at a consulting company seems to have shortened considerably in recent years. In essence, why pay to train a potential future competitor?

These are very disturbing situations. Water and wastewater plants are essentially $10 million to $200 million 24/7 processing plants, that ensure both public health and environmental protection. As such, it should stand to reason that owners of these plants, with the inherent legal liability that entails, would want the people designing them and the operators running them to be experienced, qualified   highly motivated, and resourceful.

Recognizing the need for operator professional development, the Water Environment Federation (WEF) – and many of its regional Canadian associations – launched annual Operations Challenge competitions in 1988. The first and second place teams in a regional Challenge are then eligible to participate in the North America-wide Operations Challenge, which takes place at WEF’s annual conference.

Over the years, many Operations Challenge participants have explained to me that preparing for these events, means learning much more than they would otherwise have had to for day- to-day work. Also, there are the extra benefits of developing a face-to-face network of colleagues from other plants and regions, and sharing knowledge and experience with them.

Regional association shows are great for learning, networking and meeting equipment suppliers. However, many engineers and operators have told me that it was not until they were finally able to attend such huge events as ACE and WEFTEC that they were finally able to see full scale pumps, valves, sludge dewatering equipment, etc., used throughout the industry. Also, due to the huge variety of exhibitors they were able to learn more about such other areas as monitoring and instrumentation products. It also gave them an idea finally of the scale and importance of the water and wastewater sectors.

Unfortunately, too many in managerial positions no longer see enough value in sending their staff to industry events. This is indeed a short-sighted “bean counter” mentality. Water and wastewater plants are biologically, mechanically, and electronically complicated to design and run. As evidenced by numerous and often costly fines levied for operating permit violations, they break down even when run by highly qualified and experienced staff.