Despite testing 80 parameters for its latest limited edition brew, Alberta’s Village Brewery says it still understands the “mental hurdle” involved with trying a beer derived from treated wastewater. Yet that hasn’t stopped the beer from quickly selling out on the brewery’s website.

In a partnership with the University of Calgary’s Advancing Canadian Water Assets (ACWA) program, the Calgary-based brewery launched its Village Blonde Natural Golden Ale on August 22 as a way to shine a light on water scarcity.

On the front of the cans, the new beer products will be labelled as “Sustainable Water, Sustaining Beer,” and note the partnerships with ACWA and Xylem Inc.

“We’re always interested in doing new projects with new people and the ACWA collaboration seemed like a natural fit and it was an interesting challenge to be honest. To be able to take water directly from the sewer system essentially and recondition it to be made into a beer was very challenging,” explained Jeremy Mclaughlin, head brewer at Village Brewery, in a demonstration video for the new beer.

The water comes from the Pine Creek wastewater treatment plant by the Bow River in southeast Calgary.

Before being sent to the brewery, the wastewater was treated at ACWA using tertiary treatment technologies, including advanced oxidation and nano-filtration. It was then tested to demonstrate that it met rigorous standards outlined by Alberta Health Services’ Safe Healthy Environments (AHS-SHE) for water reuse, including pathogen reduction requirements, as well as Canadian Drinking Water Guidelines. AHS-SHE provided guidance to the team as it created a water safety plan for the project as required by the Public Health Act and related legislation.

“With the right measures in place alternative water sources, such as wastewater, greywater, rooftop collected rainwater, and stormwater, can be made safe for many potable and non-potable end uses,” said Jessica Popadynetz, a public health inspector for AHS.

Reclaimed water is utilized in places such as Singapore and is commonly used by astronauts in space stations, but has yet to evolve to the general marketplace for commercial beverages. Despite not penetrating the market, ACWA’s team states that “rational scientific understanding tells us it is no different than any other treated water.”

Initially, the new beer was set to launch on UN World Water Day, an annual global day of action on March 22. COVID-19 stopped those plans, but combating water scarcity and the UN’s water-focused Sustainable Development Goals are still an important touch point for the project, its team leaders explained.

“Proper stewardship of water resources is critical to the planet’s sustainability, and water reuse can reduce the amount of freshwater required by some applications and decrease diversion from sensitive ecosystems,” said Christine O’Grady, program co-ordinator at ACWA. “This beer shows that water reuse can be a safe and important part of our sustainable future,” she added.

The Village Brewery’s 1,600-can batch of reclaimed beer launched on August 22 with a virtual event. 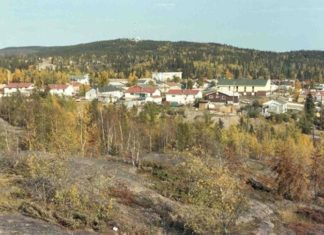 Jun 15, 2021
Saskatchewan is trying to secure $1.7 million in federal funds to end drinking water issues that have plagued the former mining hamlet of Uranium...