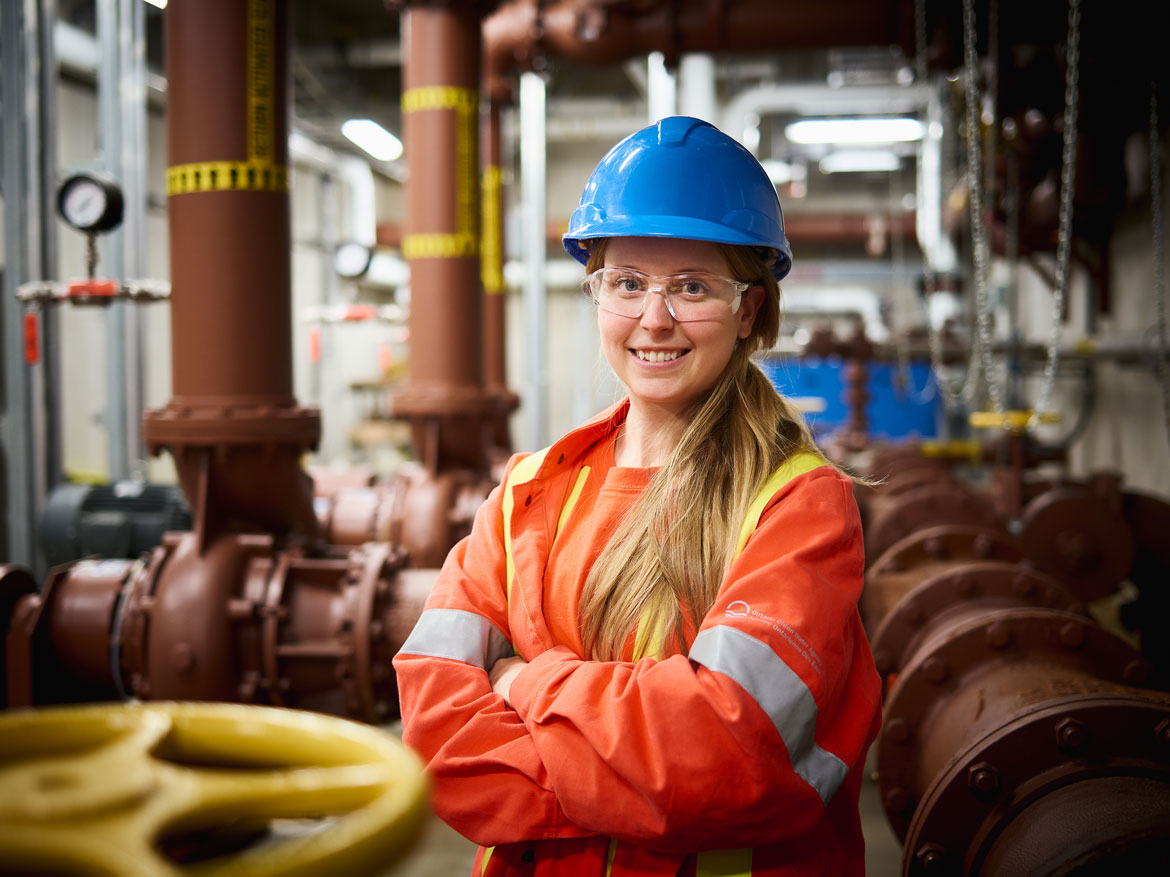 It was 2016 when the Ontario Clean Water Agency felt the true extent of a serious long-term issue that it knew loomed on the horizon.

That year, the national census found that there were two people about to retire from the workforce for every one poised to join it. Baby boomers had pushed the retiree growth rate to its highest in 70 years, with many cashing in on 2016 changes to Ontario’s pension coverage. It was also the first time in Canada that the number of seniors surpassed the number of children.

“That year, in 2016, we had a particularly high number of retirements,” recalls Dan Dunn, manager of training for the Ontario Clean Water Agency (OCWA), who has been with the Crown agency since its inception in 1993. Not only had the OCWA lost employees, they lost particularly valuable ones in the form of experienced Class III and IV water facility operators, a shortage that is fairly equal across the agency’s 10 regional offices in Ontario.

In British Columbia, as of early July, there was a wide range of water and wastewater job opportunities posted in the “Find a Job” section of the BC Water and Waste Association (BCWWA) website. Ten positions were posted, ranging from plant and lead hand operators, to Class II and III wastewater treatment operators, foremen, superintendents, and even an opening as the public works and utilities director for the northeastern City of Fort John, which serves more than 20,000 residents.

According to a 2015 water and wastewater sector profile by the BCWWA, some 3,320 new employees are needed within the next 10 years to offset retirements, attrition and sector growth. The profile reveals a portrait of a sector where more than one-third of workers are 50-plus years of age. More than half of those workers are expected to retire within a decade, equivalent to some 1,150 employees.

Of greater concern, perhaps, is the profile’s finding that only 23% of the water and wastewater sector workforce is between 19 and 35 years of age, compared to 33% of the general population of B.C.

“While employers might not fully understand the magnitude and impacts of upcoming retirements and turnover in the water sector over the next five years,” the BCWWA profile states, “they report that they are in various stages of preparing for this change through succession planning and workforce development of junior staff.”

To fight back against a tough 2016, the OCWA launched a new corporate co-op program that same year, funding 18 placements in operations and two in engineering. Remarkably, 80% of these placements have resulted in full-time employment with the OCWA.

Colleges started fighting back too. As as result, many environmental programs began integrating exams for operator-in-training (OIT) licencing so that graduates could leave school with the ability to get right to work and, as is the case at some schools, more easily obtain a Class I licence.

“That allows us to hire them and they can physically put their hands on equipment,” says Dunn. “Without that licensing, they’re not allowed to touch anything. A lot of the colleges have added this option within the last five or six years. They knew they had to do this in order to meet a certain demand.”

At a school like the Lindsay campus of Fleming College in Ontario, students not only have the opportunity to write their OIT exam, but also their Class I exam. According to Ken MacDonnell, advanced water systems operation and management program co-ordinator, the licencing integration has been a key factor in driving enrolment to the post-graduate course that began in 2014 with just 19 students. In 2018, program enrolment jumped to 90 students across two intakes for the year.

“It’s just one less hurdle they have to deal with when they’re getting into the workforce,” MacDonnell says of the licencing integration. “It’s an advantage if they can get it.”

Both MacDonnell and Dunn say that they’ve even seen foreign student intake grow for many college programs almost annually, which has been a boon for a sector that needs the able bodies and minds, wherever they can be found.

“We’ve certainly seen a big push with the foreign students, especially from India, as they want to gain some knowledge about how our water and wastewater works, and get some valuable experience,” says MacDonnell. “I worked in the municipal sector, and we hired a lot of people in the ‘90s who are due to retire right now, which leaves a big demand for operators,” he adds.

MacDonnell says the average age of students in his program is about 24 to 25, with most having previous education in environmental technology. He’s even seen about six students come through the program who already have engineering degrees, but want more specialized, hands-on training as they look to enter the water and wastewater sector.

“A lot of them have a keen interest already to be working in an industry that will be helping the environment, especially on the wastewater side,” says MacDonnell, who was himself a Class IV operator and manager for the City of Timmins for some 14 years.

Preceding a co-op that can run as long as 16 weeks, the Fleming program has two 13-week semesters, which also involve field trips to a variety of water treatment and wastewater treatment operations. MacDonnell estimates that about 95% of program graduates have found employment in their field. The school has a strong relationship with agencies such as OCWA, and often works closely with Ontario areas like Peel and York Region. Even the program’s webpage notes, “Employment in this sector is expected to increase due to upcoming retirements, environmental factors and changes in legislation.”

OWCA, meanwhile, has a series of scholarships, two of which cater to advancing more women and Indigenous people into the sector. In BC, the BCWWA says that women account for just 12.9% of the sector’s jobs. In many water facilities, women find themselves without any female colleagues.

“Colleges are becoming aware that there is opportunity in this field,” says Dunn. “All I hear about teachers and nurses is the backlog in the system. In our sector, if you get the schooling and have the right attitude, there’s no reason you can’t get a job.”

Dunn has been busy at post-secondary career fairs trying to catch the eye of environmental students. Even at the grade eight level, OCWA uses its One Water program to start an early education about water literacy and the role of the water and wastewater sectors.

OCWA even has a section on its website where visitors can meet some of its younger employees. It shares information about their education, what they like about the job, and even includes their salary range. That way, says Dunn, it acts as a form of marketing and transparency for the sector. Employees share how their jobs keep both their minds and bodies active, and how they get to use their degree every day to keep drinking water safe. Salaries range from about $50,000 to $67,000 across jobs that range from process and compliance technicians to operators.

In the sector’s occupational groups on a National Household Survey by Statistics Canada, salaries for managers, supervisors, operators and technical support can range from $40,000 per year to $130,000.

Sep 26, 2022
As Vancouver-based Axine Water Technologies reports some success in destroying per- and polyfluoroalkyl (PFAS) compounds in water and wastewater through electrochemical oxidation, the U.S.-based...