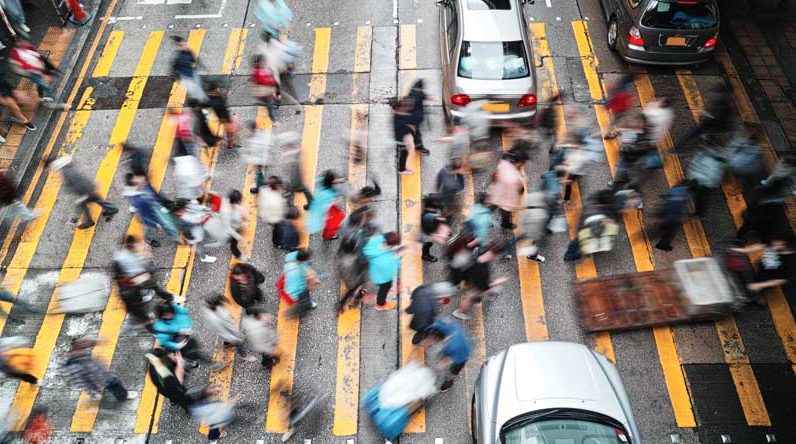 Cities have been the engines of prosperity and the elixir for new ideas for centuries. They are associated with the rise of democracy in ancient Greece, the Renaissance in Italy, and the Industrial Revolution in 17th and 18th century England. Cities today are healthier, wealthier and more alluring than any time in history.

They attract the poor and provide the clearest path from poverty to prosperity. Historically, cities have triumphed, but, today, the urban footprint is overwhelming the environment, represents squalor in many parts of the world, and has come to accentuate the divide between the haves and have-nots. For the first time in the history of mankind, more than half of the world’s population now calls a city home. Within a few decades, 5 billion people will live in cities. Very soon, 500 cities around the world, most of them in Asia or Africa, will each contain more than 1 million people.

By 2025, China’s urban population will reach 926 million, having added 325 million people, including 230 million migrants, according to McKinsey Global Institute. By 2030, more than 1 billion people will reside in China’s cities, growth that is equivalent to the building of 54 new cities, each the size of the Greater Toronto Area.

As India and China get richer and hasten their pace of city building, their urban dwellers face choices that could dramatically alter our lives. Building sustainable cities in both developed and developing worlds will be among the most important issues of the 21st century. It is time to get our own house in order and set examples to ensure prosperity for all, whether through innovation, reduced consumption, mitigated environmental damage, or recovery from a growing incidence of extreme weather events such as flooding, drought, and fires.

North Americans enjoy a relatively high standard of living. But what happens if the rest of the world wants what we now have? With only 5% of the global population, we fuel our lifestyle using 30% of the world’s natural resources. Such excessive consumption of land and other resources is not sustainable.

North Americans are the leaders in the consumption of oil at a rate of about 7,500 kilograms per person per year, according to the World Bank. By comparison, this figure is about 3,000 kg in Denmark, 1,500 kg in China, and 500 kg in India. In terms of impact, the average North American emits about 16 metric tons of CO2 each year, compared with the Danes’ eight metric tons, less than six in China and less than two in India. The question remains: Who will trend up, who will trend down, by how much, and when?

When it comes to water, we see the same disparity. North Americans use more than 4,000 litres per person per day, compared with 1,800 litres in India, about 1,200 litres in China, and remarkably, less than 500 litres in Denmark. Only 0.5% of the world’s water is available and potable, 97% is seawater, and the remaining 2% is frozen. Water and food, not energy, may precipitate the most profound crises of the 21st century and be the most significant constraint on urban growth.

What is a city?

A city is the absence of physical space between people and companies. As Edward Glaeser, of Harvard University and author of The Triumph of Cities, has observed, a city is proximity, density and closeness. Cities enable us to work and play together and their success depends upon the demand for physical connection to move people, things and services.

However, the planet, as a whole, is fast becoming suburban, rather than strictly urban. In the emerging world, almost every metropolis is growing in size faster than its population is increasing.

Our consumption of housing underscores this trend. In Canada, in 1950, we consumed 300 square feet per person (3.38 persons per household) and that figure is now closer to 1,000 square feet per person (occupancy is now fewer than 2 persons per household). This amounts to more than a three-fold increase in just two generations. We have become a collector of things and our homes have become our storage lockers. How much stuff do we really need?

For North Americans, the car has become synonymous with urban life. Yet, most of our cars are parked 96% of the time, 86% the fuel never reaches the wheel, and less than 1% of the energy is used to move the driver. Today, there are some 1.2 billion cars on the road worldwide, a figure that is expected to double to 2.4 billion by 2030, according to McKinsey.

The issue of mobility is compounded by the space required and the costs involved. The car is the second largest expense for any household after housing. The average North American family spends 32% of disposable income on the house and 19% on the car. Should we not combine the cost of the house and the car when addressing affordability?

A complicating factor in all of this is climate change. A report just released by the Rand Corp. and commissioned by the U.S. Department of Homeland Security’s Office of Infrastructure Protection, shows climate change has the potential to severely impact U.S. infrastructure. It lists several perils that may be exacerbated by climate change, including tornadoes, hurricanes and storm surge. The one with possibly the biggest potential impact is drought, claim the authors. Oftentimes people think of disasters as largely a coastal phenomenon, however, the authors found potential impacts from rivers flooding, and wind and ice storms, among other perils, faced by people living far from the coast. Climate change is a global phenomenon destined to severely impact cities across the globe – the very cities that are giving rise to the perils of major natural disasters.

This is but a sample of the issues we face in moving forward with our exercise in city building during the age of urbanization. If the North American city is not the prototype for the future, what is? Solutions likely lie in the realm of human collaboration that first drove the creation of cities and served as the foundation of civilization’s successes.

Through collaboration can we begin to make our cities the engines of innovation and the marketplace for new ideas? What changes might we consider and where can we start?

James McKellar is the Academic Director of the Real Estate and Infrastructure Program at Schulich School of Business. This article appears in ES&E Magazine’s December 2016 issue.