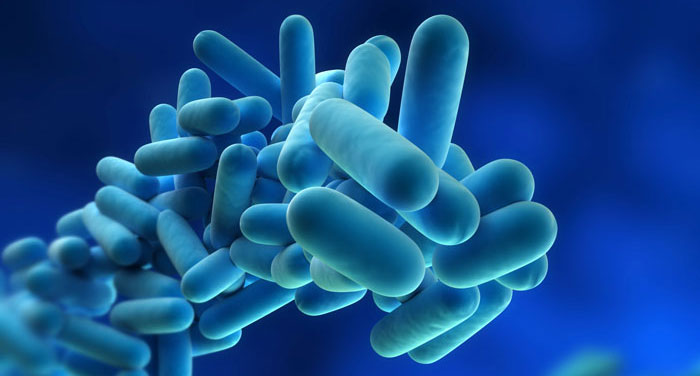 Legionnaires’ disease, a severe and potentially deadly form of pneumonia, is increasingly a threat to public health. Canada made headlines when news surfaced of a major Legionnaires’ disease outbreak in Quebec City in 2012. The outbreak infected 181 people and caused 13 deaths. Almost two-thirds of the affected were men, and the average age of those infected was 62.

The determination that an outbreak was underway was made two weeks after the first reported case, and letters requesting all owners of buildings with three or more stories to disinfect their cooling towers went out shortly thereafter. After an extensive process of cooling tower mapping, sampling and disinfection, the source of the outbreak was finally identified, 67 days after the first case. During the investigation, Legionella pneumophila serogroup 1 isolates from area cooling towers were compared to the L. pneumophila isolate from patients until there was a conclusive match at one of the 16 buildings where L. pneumophila had been found.

In response to this tragic outbreak, an inter-ministerial working group was convened and new cooling tower regulations were implemented in less than 18 months. These regulations include cooling tower registration, a requirement to maintain towers according to a professionally designed plan that is tailored to the individual system, and a recommendation for regular monitoring for L. pneumophila using a culture method. In 2014, monthly cooling tower monitoring for L. pneumophila with a culture method became mandatory in Quebec.

While Quebec’s regulations are the most visible and far-reaching, Canada has been at the forefront of Legionnaires’ disease prevention in other arenas as well. In response to clusters of 10–11 cases of legionellosis in 2006 and again in 2008, the City of Hamilton, Ontario, and Hamilton Public Health Service implemented mandatory cooling tower registrations in 2011.

What you need to know about Legionella

Legionella bacteria can be free-living, survive in a host amoeba, or be part of biofilm. All three situations can be present in potable and non-potable water systems. People can become ill when Legionella organisms are aspirated and infect macrophages in the lungs. People at high risk for Legionnaires’ disease include those with chronic lung disease, those with compromised immune systems, and people 50 years of age or older.

In addition to the susceptibility of the patient, other key risk factors include the extent of exposure and the virulence of the strain of Legionella. Of the more than 60 species of Legionella, L. pneumophila is the species responsible for the vast majority of Legionnaires’ disease cases.

Further exacerbating the public health issue is the burgeoning threat of antibiotic resistance. According to a recent study at Tufts University, in Massachusetts, 1% – 2% of hospitalizations for infections from premise pathogens like Legionella show evidence of resistance, and those patients cost 10% – 40% more than patients with nonresistant infections.

The study’s authors warn that the lack of regulation of premise plumbing systems can lead to inconsistent monitoring and reporting of potentially dangerous deficiencies in aging infrastructure. They call for policymakers and researchers to pinpoint public health interventions that could reduce the risk of infections caused by bacteria in plumbing.

Outbreaks of Legionnaires’ disease have been traced to North American hospitals and chain hotels just within the last year. The good news is that the spread of Legionella can be successfully managed by following thorough water safety plans, which should include periodic testing to ensure the building water system is well controlled. 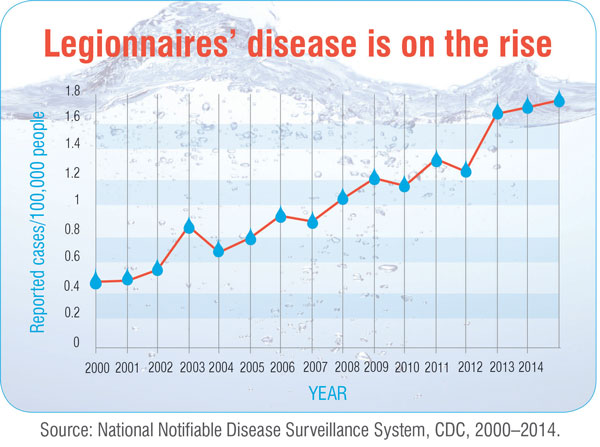 The American Society of Heating, Refrigerating, and Air-Conditioning Engineers (ASHRAE) offers non-binding guidelines and standards establishing minimum Legionella risk management requirements for building water systems for all buildings (other than single-family residences) for potable and non-potable water. Building owners are responsible for determining whether their building water systems are at increased risk for growing and spreading Legionella and, as needed, for developing and following Legionella water safety plans that are tailored to their specific water systems. Once in place, routine testing is an essential part of measuring whether these water management plans are effectively controlling the building’s Legionella risk.

Accurate and reliable quantitative test results are required for decision makers to understand where there are the greatest risks in a water system so they can reduce them. Water-quality engineers can help building owners and the public understand the value of looking at both the concentration of Legionella at a given point in the system and frequency of Legionella-positive outlets throughout the system to gauge risk and establish appropriate control measures.

It should be noted that Legionella is virtually impossible to completely eradicate in complex water systems. However, it can be effectively controlled through proper monitoring and control measures.

Focusing detection and control efforts on L. pneumophila, the primary causative agent of Legionnaires’ disease, may increase the efficiency and efficacy of a water safety plan. L. pneumophila is the most common and clinically relevant species of Legionella. It thrives in low-nutrient conditions and grows as biofilms on the inner surfaces of pipes. Biofilms allow these pathogens to resist disinfectants and environmental stressors, and they aid in the spread of antibiotic resistance and virulence genes. Water management plans that include measures to address these conditions and effectively control L. pneumophila will also control other species of Legionella at the same time.

This focus may help building operators avoid the costs and dangers of unnecessary shutdowns and/or treatment triggered by the detection of Legionella species that are far less virulent than L. pneumophila.

Historically, accurate testing for Legionella has been hard to do well without years of experience. Traditional membrane filtration culture methods are complex and often require more subjectivity and expert judgment than regulators and other officials would like. Even within the canon of standard methods, variations in technique and results are common from laboratory to laboratory and even from bench to bench.

Testing protocols include many homebrew hybrids of standard culture methods that have evolved over the years as microbiologists seek to improve the precision of their counts. Indeed, some laboratories routinely run more than 11 plates to come up with a count for a single water sample.

Scientists at IDEXX have been studying the best way to detect Legionella for years. One of the difficulties in Legionella testing is to discriminate between Legionella and non-target organisms without inadvertently reducing the culturable Legionella organisms in the sample or having overgrown plates that are difficult to accurately read and count. Samples that are not readable must be retested, which often requires time-consuming resampling.

Key opinion leaders in the fields of both water quality and human disease helped identify the need for a culture test that was simple to run, met or exceeded the accuracy of existing culture methods, and could specifically detect and quantify L. pneumophila, the primary causative agent of Legionnaires’ disease.

IDEXX Legiolert® is a new culture-based method that simplifies the detection and quantification of Legionella pneumophila in potable and non-potable water samples. Legiolert has demonstrated accuracy equivalent to or greater than standard culture methods, including ISO 11731, SM9260J, and the CDC Method, per studies conducted by independent laboratories and published in peer-reviewed journals (notably, the publication of ISO 11731 comparison).

Legiolert produces a final, confirmed result for L. pneumophila in seven days and, since no confirmation steps are required, it can be up to seven days faster than traditional culture methods. Legiolert is also very simple to set up, with significantly reduced sample preparation and quality control time. After incubation, the Legiolert reagent produces an easy-to-read colorimetric signal in the presence of L. pneumophila, eliminating the need for laborious colony counting and removing subjectivity from the colony counting process.

Because of its simplicity, Legiolert is highly repeatable and reproducible. When used with the Quanti-Tray®/Legiolert method, Legiolert provides a confirmed Most Probable Number (MPN) count of up to 2,272 L. pneumophila, compared to Petri plate counting ranges, which are ≤ 200 colony forming units (CFUs). MPN quantification is a measure directly comparable to CFUs.

Investigations performed by the U.S. Centers for Disease Control and Prevention (CDC) show that almost all outbreaks of Legionnaires’ disease in the United States over the past 14 years could have been prevented with more effective water safety management programs.

Incorporating the ASHRAE standard into licensing and accreditation requirements and public health codes will substantially reduce the public health risk posed by Legionella.

Dan Broder, PhD, is a scientist with IDEXX. This article appears in ES&E Magazine’s August 2017 issue.