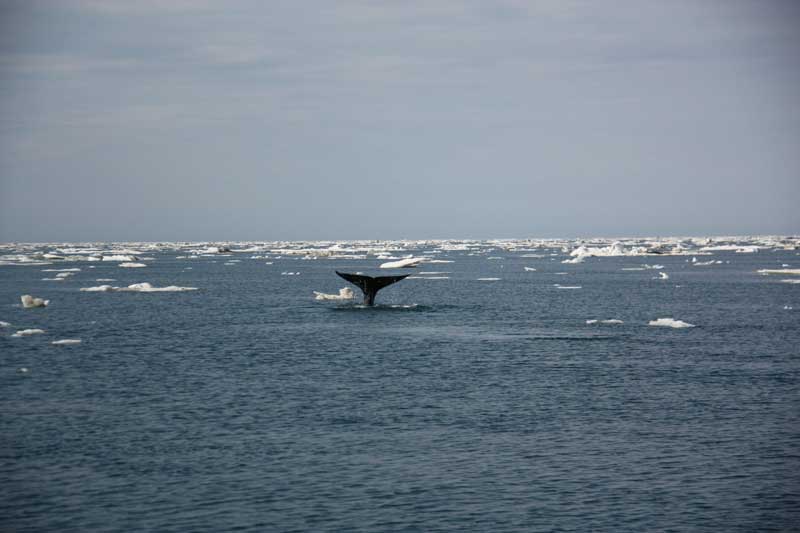 The amount of untreated grey water dumped in Canadian Arctic waters is projected to double by 2035 if left unregulated, according to a new report commissioned by World Wildlife Fund Canada.

Impact of grey water on food security in the Arctic

Communities in the Inuvialuit Settlement Region, which is located in Northwest Territories, and the North Slope Region of the Yukon, are happy to see increasing tourism in the Arctic and rely on shipping for supplies, said Hans Lennie, secretary-treasurer of the Inuvialuit Game Council.

However, the ocean is an important food source for the region and Lennie said he is concerned about the impact of pollution on food security.

“Untreated grey water can contaminate shellfish and could create toxic algae blooms that have the potential to jeopardize our food security,” said Lennie. “As shipping grows in the Arctic, it’s important that regulations are changed to stop the dumping of grey water into the ocean.”

WWF Canada said that although the impacts of grey water are similar to sewage, ships passing through Arctic waters in Canada are not required to adhere to any specific regulations for grey water and ships are not monitored for dumping grey water into the sea. Transport Canada rules for grey water are much more stringent for waters below the 60th parallel.

“Grey water can have many harmful impacts on the ocean, including introducing invasive species, metals, bacteria and microplastics,” said Melissa Nacke, specialist for arctic shipping and marine conservation at WWF Canada. “It doesn’t make any sense that the fragile Canadian Arctic environment receives less regulation and protection than southern waters and neighbouring Alaska, and we want that to change.”

For more information and to read the complete report, visit: www.wwf.ca/newsroom

Dec 5, 2022
The Saskatchewan City of Moose Jaw is pursuing some $24 million in federal infrastructure funding to replace a 61-year-old lift station that lacks the...