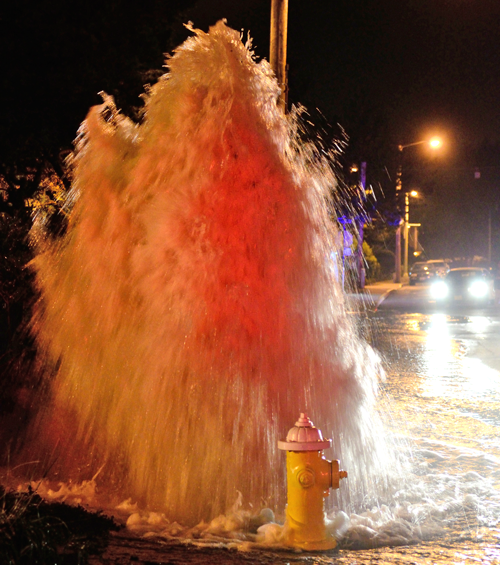 Most municipal infrastructure has been designed on the premise that the current climate is stationary and that historical climate data can be effectively used to predict the future design needs. The consequence of climate change is an increase in vulnerability for existing infrastructure. There is also a challenge to current and future planning initiatives with respect to their climatic interaction with land use, and infrastructure. This vulnerability results in many cases from an increase in the intensity and frequency of extreme rainfall.

Climate change signals in the intensity and frequency of extreme rainfall events were analyzed in a 50-year hourly rainfall record at the City of Surrey in British Columbia, through the application of the non-parametric Mann-Kendall trend test (Kendall, 1975). Statistically significant climate change signals are then identified and the slopes, i.e., the rate of change per year, are estimated using Sen’s method (Gilbert, 1987).

To predict the future rainfall distributions under various climate change scenarios, various statistical downscaling tools have been developed. These tools are typically based on regression models, stochastic weather generators and weather classification methods.

In the B.C. study, a small local urban subdivision was used as a test case to evaluate the impacts of future climate changes and the resulting storm system capacity requirements. The identified trends are applied to predict future precipitation intensity (future IDF curves). Hydraulic performance of the system under existing and future climate conditions is evaluated using computer model simulations.

Rainfall data collected from eight active rain gauge stations operated by the City of Surrey, in addition to those operated by Environment Canada, was used for this study. Based on the hourly rainfall profiles at different stations, a k-means clustering approach was used to identify three geographic rainfall sectors represented by three rainfall gauge stations. These included Kwantlen Park, Municipal Hall and White Rock from north to south.

A closer examination of the trends has also shown there to be variability across the City. If the identified trends continue, some of the rainfall indicators could increase by up to 58% by the year 2040, compared to average 50 year levels (Table 1).

Twelve-hour rainfall events at White Rock will increase by 31% in 2040. If the current trend holds, rainfall depths will increase by 39% for two-year event and by 31% for a 100-year event. Hydraulic modelling has revealed that pipe sizes can potentially increase up to 12% in order to maintain the present level of operational capacity. This is nominal upsizing of at least one standard size.

The City of Surrey study is an example that climate change signals can be identified by using existing measured rainfall data. Although the existing trends might not hold for a constantly changing climate, the results/trends can allow authorities to explore the implications on municipal drainage infrastructure, and, specifically, look to update design standards for infrastructure projects to account for future climate changes.

Hong Liu and Paul Donahue are with Dillon Consulting Limited. Carrie Baron is with the City of Surrey. This article appeared in ES&E’s September/October 2014 issue.

Jan 24, 2022
The Lethbridge water treatment plant is attempting to reduce the amount of water it draws from the Oldman River, as well as reduce its...