By Eric Meliton and Alyssa Cerbu

With degraded watersheds and a changing climate creating heightened flood risks, and population growth placing pressure on aging infrastructure, urban areas find themselves facing greater stormwater management and water treatment challenges. Hurricane Sandy in 2012 caused infrastructure damage in nine states at a cost of over US$70 billion. Hurricane Katrina in 2005 caused US$81 billion in property damage and is estimated to exceed a US$150 billion economic impact in Louisiana and Mississippi.

Traditionally, municipalities have addressed such concerns through large infrastructure projects. But these massive undertakings have their downsides, notably high capital costs and long lead times.

Partners in Project Green is a group within the Toronto and Region Conservation Authority that assists businesses in adopting sustainable practices. It is exploring the possibility of developing a network of smaller, facility-level water projects in the private sector to alleviate the burden on municipal stormwater management and water treatment infrastructure.

The Greater Toronto Area (GTA) has felt a particular strain on its water system as its population has expanded. An extreme storm event in July 2013 unleashed 126 millimetres of rain on Toronto within a two-hour period, resulting in widespread power outages, hundreds of commuters stranded, and an estimated $1 billion in damages. The Insurance Bureau of Canada has ranked it as the most costly natural disaster in Ontario’s history.

While the now-legendary storm has not yet repeated itself, climate change experts agree that the GTA is likely to see both more frequent and more intense storm events, with potentially damaging impacts on local safety, infrastructure and economy. Most of the water infrastructure in the GTA is not built to handle storm events of such magnitude.

Continued population growth promises to place further strain on an already overburdened water system. The Federal Ministry of Finance projects that the population of the GTA will reach 17.8 million by 2041. While some municipalities within the GTA, notably the Region of Peel, are investing heavily in projects to meet growing water demands, there are others, such as the City of Toronto, that struggle even to find the resources for routine retrofitting of their water and wastewater infrastructure.

It is increasingly clear that the GTA needs to rethink its approach to managing stormwater and water treatment. Rather than relying on costly, large-scale infrastructure projects, the municipalities that make up the GTA need to consider a more flexible, diversified approach to tackle their water concerns. This should incorporate both large-scale and smaller, facility-based projects.

The degree to which LID solutions can impact local water infrastructure depends on the size and number of properties that adopt them. A property that successfully retains 100% of the rainfall on its site will nevertheless make little impact if none of its neighbours with sizable impermeable surfaces are engaged in water stewardship initiatives. The key to maximizing the potential for infiltration, detention and watershed restoration is to pull together local networks of properties implementing LID projects.

On the wastewater and process water management side, Partners in Project Green is focused on providing support to existing municipal programs, operated by Toronto Water and the Region of Peel’s Public Works department. These are designed to help businesses reduce their water footprints. Since the industrial, commercial and institutional (ICI) sector extracts large amounts of water and sends significant volumes of process and wastewater through the municipal sewer systems, these kinds of efficiency programs can have a dramatic impact.

Above all, municipalities and businesses need to view stormwater, treated water and wastewater as interconnected systems facing similar challenges, rather than as separate, mutually-exclusive entities. 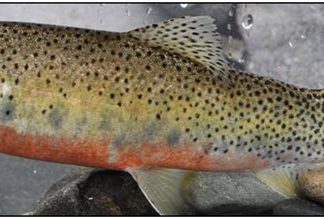 Apr 5, 2021
In the highest fine ever imposed by a court for pollution in violation of the Fisheries Act, Teck Coal Limited has been ordered to...

Florida on high alert as wastewater reservoir near collapse

Nearly $90M in funding could jumpstart water work for 37 Ontario...