Alberta Environment and Sustainable Resource Development (AESRD) required the City of Edmonton (COE) to implement a comprehensive stormwater quality control strategy by June 2008 and develop a Total Loadings Plan by June 2009. This was so the City could discharge stormwater to the North Saskatchewan River (NSR). As a result, the City removed over 100,000 kilograms of sediment from stormwater runoff in 2013, exceeding the goals initially set in its Approval to Operate.

The City identified a potential End-of-Pipe stormwater treatment facility close to the Groat outfall, which would reduce pollutant loadings from the 1,844-hectare Groat basin into the North Saskatchewan River.

For over ten years, Drainage Services collected and analyzed flow and water quality data from the Groat outfall and confirmed consistent high levels of Total Suspended Solids (TSS) during spring runoff. The goal was to treat a portion of storm runoff from this basin by using structural best management practices (BMPs) to reduce pollutant loads. Treated flows would go back into the Groat storm outfall and ultimately into the NSR.

Due to space, time and budget limitations, the decision was made to proceed with the construction of a stormwater treatment facility at Government Park. Stormwater storage at the golf course and using it for irrigation was examined, but deemed unfeasible due to potential pathogens/pollutants that might become airborne when sprayed. The project was transferred to Drainage Design & Construction in 2009 and the stormwater treatment facility was completed in 2012.

The Groat Stormwater Treatment Facility is designed to treat 2,400 l/s of flow through the four Contech Continuous Deflective Separation (CDS™) units, with additional treatment by the Contech StormFilter cartridges. A diversion structure in the 2,100 mm storm trunk allows larger flows to be diverted into a 1,500 bypass line if flows go over 2,400 l/s.

According to operational staff, about 2,839 kg of total suspended solids (TSS) were removed per filter change at the facility. A total of 39,746 kg was removed in 2013. The weight was calculated by subtracting the original clean filter weight from the dried weight of used filters.

The lowest flows occurred in September and the highest in May from a combination of snowmelt and rainfall. The percentage of flow diverted was calculated by:

To assess the efficiency of the filter bays in removing total phosphorus (TP), TSS, turbidity and Escherichia coli (E. coli), one-tail paired T-tests were conducted on the auto-sampler data at Location One (Groat Treatment 1,500 mm bypass perm site 910) and Location Two (Groat Treatment 750 mm filter perm site 909). The experimental hypothesis was that filter concentrations are significantly lower than bypass concentrations. Prior to conducting paired T-tests, raw data was manipulated to only include data points when sampling occurred at both locations at a similar date and time.

Mean, median and variance of concentration values for TP, TSS, turbidity and E. coli are lower after treatment in the filter bays as compared to the 1,500 mm bypass pipe (Figure 1).

The facility has surpassed the objective of 717 kg/day of TSS removal, and was able to achieve 116% (832 kg/day) of the target goal during the duration it was operational. The facility removed about 20% of the outfall’s TSS loading, with the other 80% discharged into the NSR. This is a result of the system being designed to only treat a partial portion of the annual flow. If the budget and space had been available for a larger system, more TSS could be removed.

The CDS units were designed based on Alberta Environment’s Municipal Policies and Procedures Manual, which requires a minimum of 85% removal of sediment particles 75 microns or larger. The filters were designed for 20 micron and larger particles. According to the grain size analysis of sludge samples at CDS #3, approximately 70% of the samples are larger than 75 micron. The TSS removal efficiencies of these systems are highly dependent on what particle sizes are in the influent. Due to larger particle size in the influent, a future treatment facility or facility upgrades, might obtain better sediment removal performance by including more CDS units.

To obtain a better delineation of the impact of the CDS units, autosamplers need to be installed at Stations Three to Five, to compare influent and effluent concentrations and particle size. The installation of the sample tubes in 2013 means more effective grab sampling and minimized pail disturbance.

The Groat Treatment system is undersized for the drainage basin, which encompasses 1,844 hectares. If the objective of 717 kg/day is revised to be higher in the future, some possible options to meet this are: 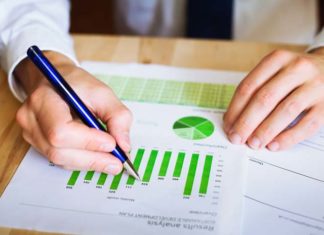