By Rika Law and Wayne Stiver

The project was designed so that, when both the new and existing reservoirs are constructed or repaired, they can operate in parallel, providing supply security, flexibility in operation, and additional storage.

The PUC quickly switched the Peterborough WTP to bypass mode. This involved prechlorination at the beginning of the WTP to achieve the required disinfection. Treated water then went through a bypass pipe in the chlorine contact tank into the distribution system. This allowed PUC to drain down the existing chlorine contact tank and clearwell. Once this was done, assessment of the leak and repair plans could start.

R.V. Anderson Associates Limited (RVA) structural staff observed that numerous cracks along the floor of the reservoir in both cells allowed water to leak. The cracks were not new, but the water had found a new path of least resistance when the adjacent site was excavated. It was suspected that the water made channels/voids underneath the floor slab and that these would also need to be addressed.

Based on the structural investigation, the following emergency repairs were recommended by RVA:

This plan would allow the existing chlorine contact tank and clearwell to be put back into service as soon as possible. However, several issues complicated and hindered the emergency repairs, including: frigid winter temperatures; leaks from the operating inlet and effluent chambers (which were in use for the bypass operations); and, leaks from the isolating sluice gates and valves.

There were several things that were done to prepare for this possible leak. PUC had the foresight to implement construction of the new reservoir, and to undertake permanent repairs to the existing one, prior to the major leak event. They knew that the reservoir was leaking, but were not able to quantify it because they could not stop the use of the existing chlorine contact tank and clearwell without going on emergency bypass operations. PUC had budgeted for the two projects in order to address the leaking existing reservoir issue and the lack of redundancy in their chlorine contact tank.

During the unexpected, emergency shutdown of the existing chlorine contact tank, PUC’s operations staff was also able to maintain the supply of potable water. PUC operated the WTP with prechlorination at the
beginning of the conventional filtration system, and emergency bypass of the chlorine contact tank and clearwell for five months. Monitoring for water quality, including trihalomethanes, was
done frequently.

PUC was proactive and informed the Ministry of Environment and Climate Change of the emergency situation and maintained good relations with them. Lessons learned from this unexpected turn of events included:

Plant operators planned for a 36-hour window to perform a critical piping connection between the new chlorine contact tank and clearwell system and the existing distribution network. The situation was complicated due to: space constraints; night-time work; installation of new tee between two existing fixed points; installation of several large 1,200 mm valves and pipe pieces; and, “live” water system at both ends of the connection.

During the shutdown, PUC and RVA had several tools to continue distribution of potable water:

Despite planning efforts by PUC, RVA and the contractor, accidents and unexpected events still occurred. These included warping of the stainless steel pipe during installation and the breaking of a specially measured and fabricated gasket on an important coupling. In the end the shutdown lasted 21 days! During that time, all parties worked together to try to find alternative solutions, including calling different suppliers, contractors and municipalities for replacement parts.

• Cultivate a cooperative environment between parties 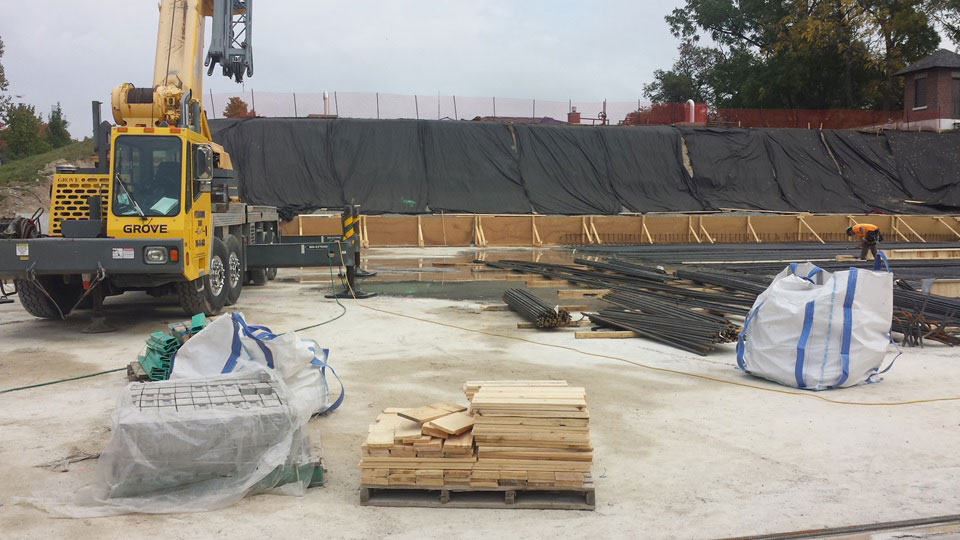 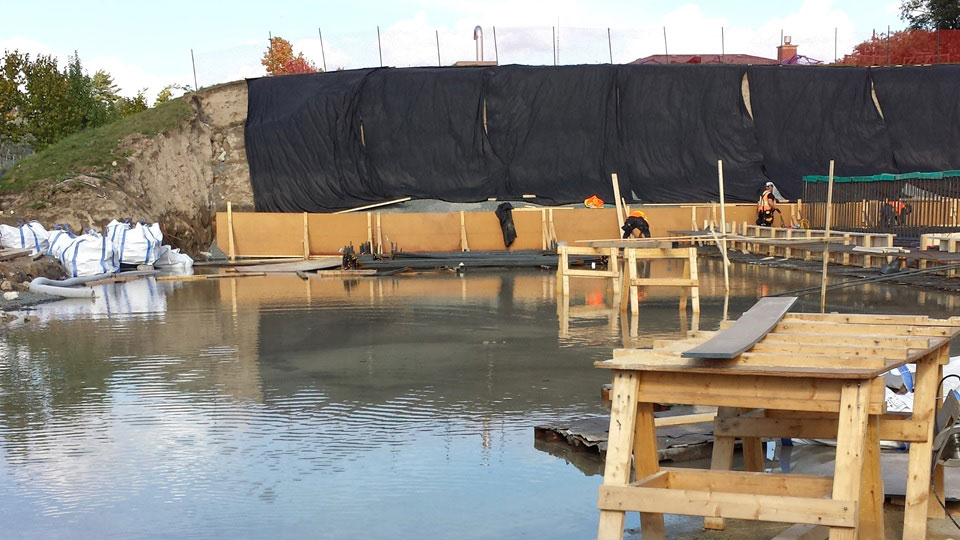 A shutdown can never have too many contingency plans, as redundant and pessimistic as it may sound. Also, reliable “as-built” information can save a lot of headaches. Due to the quick thinking, cooperative spirit and collective experience of Peterborough Utilities Commission, operations staff, contractors, and the consultant, both incidents at the plant had a positive ending.

Project delivery in the Arctic hasn’t changed much since the Klondike...