Editor’s note: Prince Philip, Duke of Edinburgh passed away on April 9th just two months shy of his 100th birthday. A dynamic figure, he touched the lives of thousands of individuals during 70 plus years as Royal Consort to Queen Elizabeth. ES&E Magazine’s late co-founder Tom Davey was one of these individuals. The article below, was first written when Tom was a newspaper reporter for The Scarborough Mirror. Shortly afterwards, he was offered the position of editor of Canada’s oldest environmental journal, Water & Pollution Control. 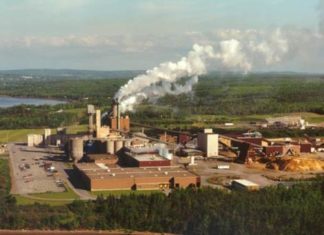 May 10, 2021
Northern Pulp Nova Scotia says it is withdrawing its application for an environmental assessment review and will soon reveal a new design for an...